There are comedic roles I was born to play. In May 2017 I played the role I think is at the top of that list: Florence Unger, in Neil Simon’s female version of his classic The Odd Couple, at the Northern Neck’s Westmoreland Players Theater and directed by Tommy Neuman. Another veteran local actress, Linda Stough, played my unlucky roommate Olive Madison.

We had such fun!

In 1985, Neil Simon revised The Odd Couple for a female cast. The Female Odd Couple was based on the same story line and same lead characters, now called Florence Unger and Olive Madison. The poker game became Trivial Pursuit with their friends becoming the girlfriends: Mickey, Sylvie, Vera, and Renee. The Pigeon sisters became the Costazuela brothers, Manolo and Jesus.

The Female Odd Couple opened on Broadway at the Broadhurst Theatre on June 11, 1985, and closed on February 23, 1986, after 295 performances and nine previews. Directed by Gene Saks, responsible for the 1968 film version, the leads were Sally Struthers and Rita Moreno as Florence (Felix) and Olive (Oscar), with Lewis J. Stadlen and Tony Shalhoub (in his Broadway debut) as the Costazuela brothers.
A London production of this version ran at the Apollo Theatre in 2001 and starred Paula Wilcox (Florence) and Jenny Seagrove (Olive). 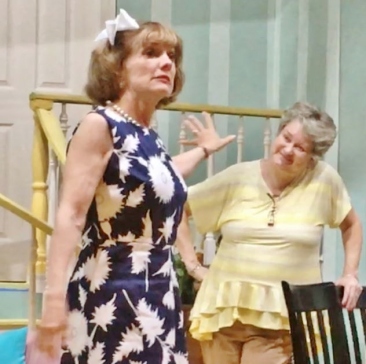 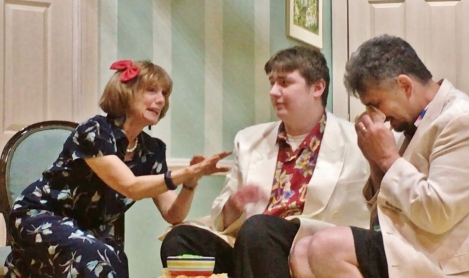 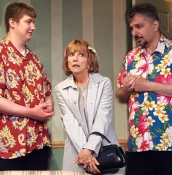 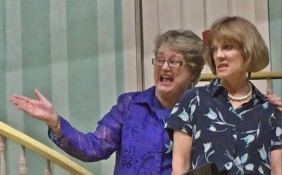