May 2016: I played “Juror #2” in Reginald Rose’s Twelve Angry Jurors, at Washington DC’s St. Marks Players Theatre – the classic courtroom drama, performed on Capitol Hill in the shadow of the U.S. Supreme Court. Many remember it from the Academy Award Best Picture nominated film from 1957 (starring Henry Fonda), and the original 1954 teleplay.

Our production earned a wonderful DCMetroTheaterArts review as “a taut, nuanced, and gripping exploration… Juror #2 (Kat Shepherd) is a meek older woman whose vote swings back and forth more than a few times during the course of the show. Her ability to be easily manipulated reveals serious flaws in the jury trial process… the strong performances establish a suspenseful and though provoking nail biter.”

Photos around the table in rehearsal: 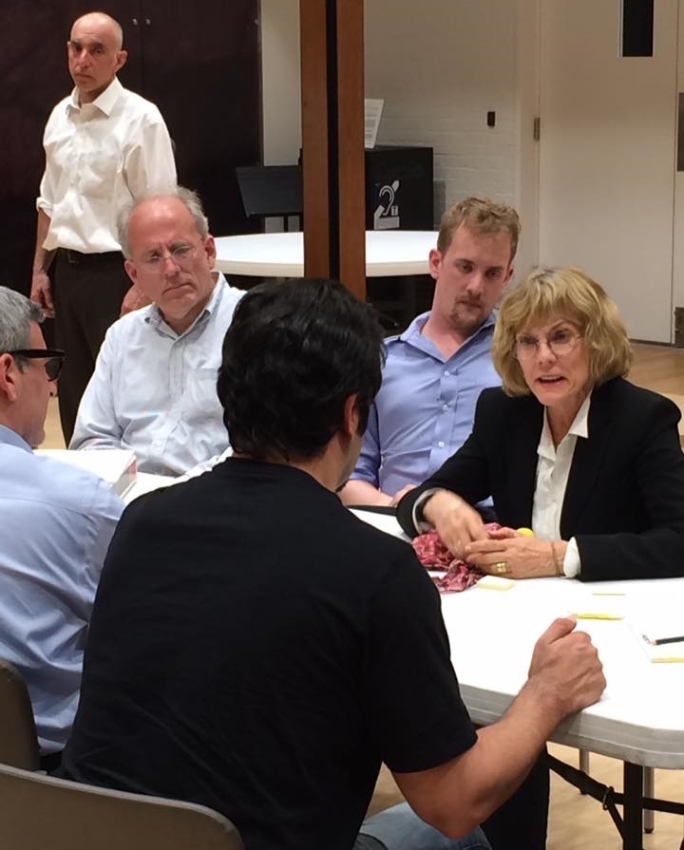 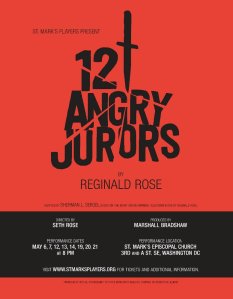 Information and box office at http://www.stmarksplayers.org.