February-May 2018: Can’t believe it, I am now appearing weekly on the hit Showtime political-thriller series Homeland. Weekly, if only briefly! What began as a call for extras wound up with me appearing not only (uncredited) in several scenes but featured in the

Title Sequence itself along with star Claire Danes – it’s the highest-profile three-seconds of my acting career, so far.

On their own, the title sequences for previous Homeland series have sparked a lot of attention from critics for their artistic intensity (see for example here or here). In Season 7, the title sequence airs near the beginning of each show, and I hope my other scenes survive the cutting-room floor in upcoming episodes. The title credits in moody black-and-white include quick-cut scenes from an angry nighttime-protest riot which we filmed in Richmond, VA (standing in for DC).

I appear first stepping out of the crowd raising an angry fist, and then quickly in close-up full-face shouting as I threaten lead character and spy chief Saul Berenson (Mandy Patinkin) in his black SUV. Mandy was great with all the extras, by the way. The full scene should appear in an upcoming episode. You can watch the entire title credits each week on Showtime, but below is the quick video clip of my appearance, it’s at 0:35, don’t blink or you’ll miss me 🙂 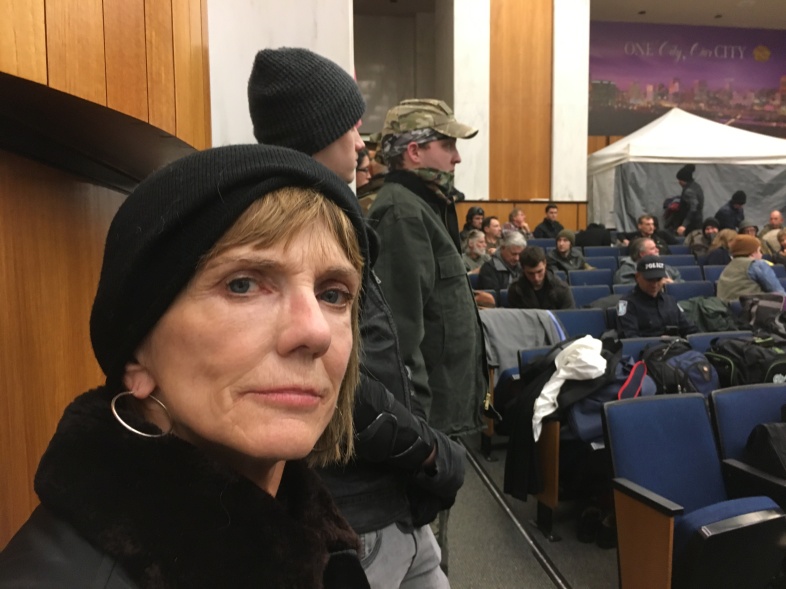 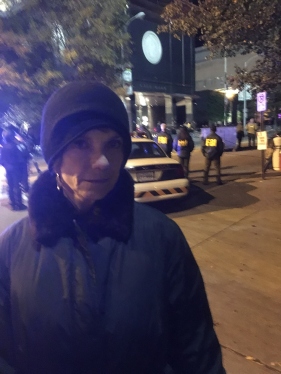