August 5-20, 2017: I played the role of “Mummy,” or “Mrs. Watson-Courtneidge,” the mother of leading character Sally Bowles in the Westmoreland Players production of “I Am a Camera.” T

he original 1951 Broadway play by John Van Druten is adapted from Christopher Isherwood’s novel Goodbye to Berlin, and treats the human and social costs of looming Nazi political violence in 1930s Berlin. (Many will know the play as the precursor for its musical offspring Cabaret, the 1972 hit film starring Joel Gray and Liza Minnelli.)

My performance gained special notice in a review by the drama critic of the Northumberland Echo, who wrote: “Mrs. Watson-Courtneidge, played perfectly by Kathryn Shepherd, didn’t enter the show until late in the performance, but instantly played counterpoint to the free spirit of her daughter, Sally Bowles, making me cringe and dislike the character immediately, no matter how much I related to her and her position. All in all a delightful production that provided entertainment, and provoked deeper and meaningful thoughts.” 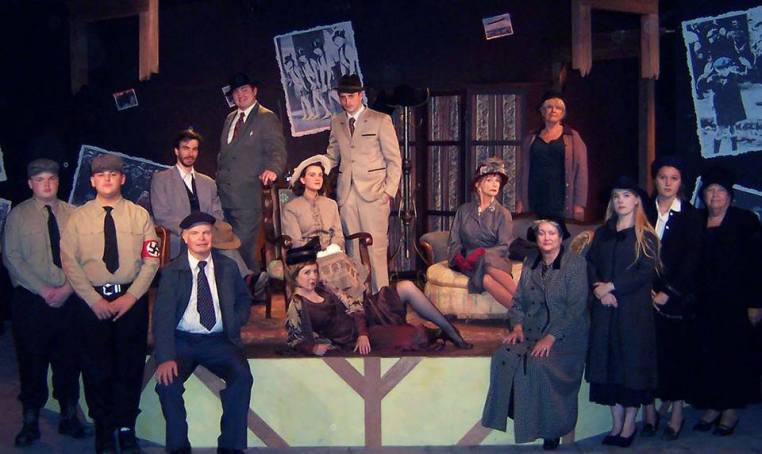